In order to yield a maximum of energy efficiency and savings, many homeowners today opt for insulated glass units (IGU’s) for all their windows. The addition of insulation provides protection against temperatures on the inside of the home from escaping, as well as keeping hot or cold temperatures in the outside world from getting in — both are equally important. 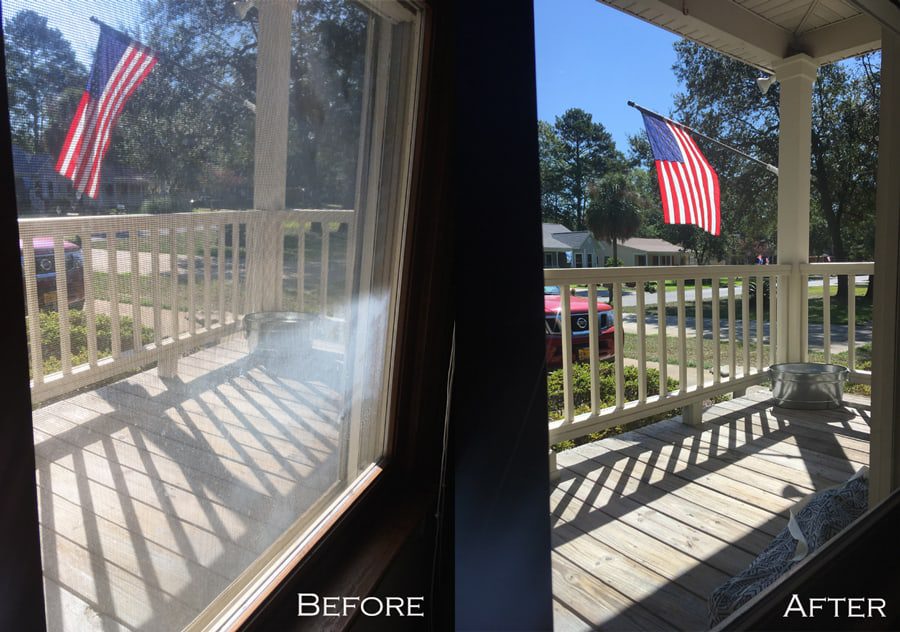 Over time, however, you might notice that these insulating glass units have grown clouded, often referred to as foggy double pane windows. This may cause you some understandable distress, as it has multiple effects, including an inability to see through the windows and a decreased energy efficiency.

All that being said, what exactly causes foggy windows?

HOW DO INSULATED WINDOWS WORK? 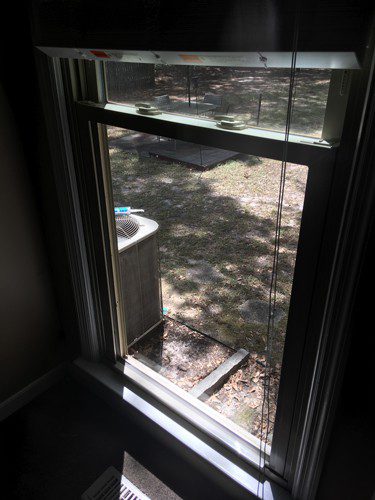 A number of factors come into play in foggy double pane windows, but to gain the full picture it’s necessary to understand a few basic concepts of insulated window treatments and how they work together.

Insulated glass units, or IGU’s, work by means of a few essential components. The first is a very small space between the panes of glass that have been sealed together in a factory. That area gets filled in one of two ways.

For some, the space becomes filled with air. In others (the better option) a special inert gas is used, such as argon or krypton (not the same as Superman’s kryptonite, just to be clear, though it is rather powerful). The combination of the seal and the gas (or air) creates the full insulation package.

Now we understand how insulated windows actually work. With that, we can dive into what happens to cause foggy insulated glass over time.

Remember that only two primary elements create the insulated effect of IGU’s. So, it makes sense that when one or both of these break down, the insulation becomes weakened; this mitigated protection ultimately results in a perfect atmosphere for the emergence of foggy double pane windows.

Let’s first deal with the glass component, those layers (2 in double pane windows, 3 in triple pane) of sealed window panes held together within the window sashes. Like any other part of a house, windows are subjected to the elements on a daily basis. Whether extreme heat or humidity, cold temperatures or frosty snow, window panes have to weather (excuse the pun) the outside world as much as the bricks or wood or stone that make up the exterior of a home.

Given enough time, paint will peel and window frames will loosen. According to some sources, glass panes lose about 1% of their window seal each year.

When the seal fails, it often permits just enough space for outside air to creep in. At the same time, the inert gas begins to escape.

To put it rather bluntly, the good air gets out while the bad air gets in. In about 15 to 20 years, many windows will lose a significant chunk of their effectiveness.

Now, this simple act of air replacement isn’t quite enough to cause foggy insulated glass to occur. You might notice that your windows don’t fog up quite as much during the warm air of the summer months, but they do become foggy during the colder wintry months, especially in more humid environments, and the reason for this is actually fairly straightforward.

Simply put, humidity is wet air. When wet air reaches the dew point, it tends to become solid (which turns it into water).

This solid air paints itself onto windows in the form of water droplets. That, in essence, is fog, the same as you might see driving on a road through mountains — it’s basically all just wet air.

So, how do you get rid of that cold, wet air that’s clinging to your expensive insulated window panes for dear life? How to have your windows repaired without spending a fortune in the process?

Thankfully, there is a way!

First, though, keep in mind that the problem is two-fold. On the one hand, the window has a broken seal. On the other, the good gas is getting out and all that bad gas is taking its place. To fix the issue, we have to tackle both elements in one way or another.

You could attempt to remedy foggy insulated glass by a process known as defogging. This procedure works by means of removing the cold humid water vapor via a series of steps.

First, a defogging specialist drills extremely small holes into your windows; this allows all that moist air to escape. Next, they apply an anti-fog solution within the insulated glass unit, and finally, the technician will reseal the window pane and seal up the initially drilled holes.

The problem with defogging is that it very often only works as a temporary fix for foggy insulated glass. In order to truly cure an illness, you need to do more than treat the symptoms; in the same way, homeowners most frequently see the best results when they simply replace their foggy IGU’s with brand new ones.

You might think that this means you have to get all new windows. Luckily, this is not the case at all!

In fact, with an experienced and respected company like Century Glass, all you need to do is get custom cut glass for your fogged windows. This will remove the foggy buildup and restore your home to its lustrous, beautiful appearance, both inside and out.

On top of this, you don’t even need to worry about the next time they might fog up either. Every single residential replacement window and custom-cut installation with Century Glass comes with a full 10 years of warranty.

This way, you get a great replacement for those foggy, discolored messes and the peace of mind that comes with knowing you’re protected for the next decade against the same thing happening all over again. 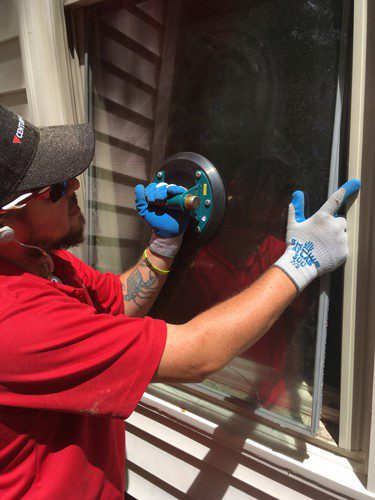 For a consultation, just give us a call or visit us at one of our three state-of-the-art showrooms in the Columbia or Charleston areas. We know you’ll be happy with your brand new custom cut window glass. In fact, we guarantee it.